It’s hard to believe that the first part of the Back to the Future trilogy is already 30 years old. And that today is the day Marty McFly travels from 1985 to the then distant future. Right now he arrives. Okay, actually in 9 hours, because Hill Valley is in California and there the Pacific Daylight Time is used. But that would be a little too nerdy.

But what do we say to Marty if we meet him today? “Sorry we haven’t invented hoverboards yet” would be a start. Whereby. Lexus is on to something cool. And Nike also wants to bring the legendary shoes from the movie. Pepsi shines with an impressive marketing campaign in which they revive their old product placement from the cult film.

And, yes, damn it! I want a bottle like that, too. Unfortunately, I don’t think I can acquire any here in Germany.

This great idea with the “dehydrated pizza” does not exist, to my regret. That would be an invention I would like to have at home. And somehow our cars don’t really fly either. But I think Marty will forgive us since the movies themselves have some flaws and his time travels would not be possible from a logical point of view.* To mention the clothes from back then today: It’s a fortune that fashion has gone a different way.

Somehow it’s strange that the future from Back to the future is now a thing of the past. But as a fan of the cult series, it’s somehow also a pleasure to think about it today and to see great expressions of appreciation from others, such as from the Tagesschau (german news program).

While browsing on Amazon, I found the Back to the Future Trilogy/30th Anniversary Blu-ray and definitely want to get this.

I think I can afford the 38 euros.

Especially today. Because of the nostalgia.

Maybe it’s because of my profession/passion, but I always find artbooks of movies more than just interesting too.

Finally, I’d like to link to the cool hoverboard promotional video, simply because it fits.

Have a nice Back to the future day. The future is now.

* Even if the movies don’t make sense, they are cult and you can watch them over and over again. 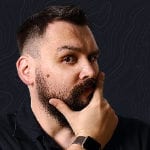